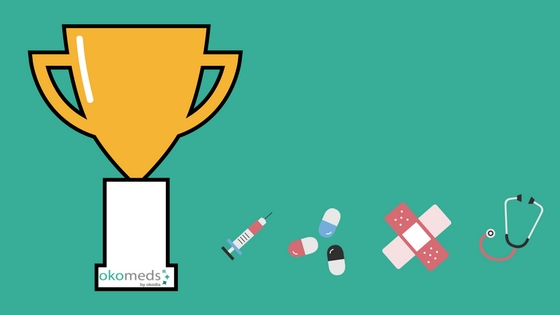 23 Feb People who won an Academy Award and studied medicine

This weekend is taking place the 89th Academy Awards Ceremony. The universe of cinema is looking forward to this huge event gathering the best worldwide professionals in performing arts. Many of them are subject to win an Academy Award.

Meanwhile many actors/actresses – or other film professionals – have also decided to study an University degree for complementing their professional careers. Some of them have won an Academy Award and even been trained in some areas related to healthcare or medicine. Here is a list including some of this professionals combining art and healthcare.

He started studying medicine in Santa Monica College, but he finally give up for entering the Pasadena Playhouse. The idea of dedicating himself to cinema was a success, because a few years later he won twice the Academy Award for Best Actor in Rain Man and Kramer vs. Kramer. Unfortunately, we will never know how good doctor he would have been.

The Israeli actress studied psychology and some different postgraduate studies. In 2010 she won the Academy Award for Best Actress thanks to her role in Black Swan. And, in this edition, she is also nominated for the same award in Jackie. Will she win the Academy Award again?

The American filmmaker and writer won, in 1995, the Academy Award for Technical Achievement for Jurassic Park. Besides, he had a Bachelor of Arts in Medicine.

He is not an actor, but a musician. The Uruguayan is also a doctor specialised in otorhinolaryngology who, in 2005, won an Academy Award for the Best Original Song thanks to Al otro lado del río, a song played in The Motorcycle Diaries. This Award will be remembered for the controversy of the musician with the Academy.

There are much more actors and actresses who have studied medicine or a healthcare field, but they have not won an Academy Award. Instead, they have won or been nominated to other recognised awards as the Golden Globe Awards, the Screen Actors Guild Awards, the Teen Choice Awards, the Emmy Awards or the Satellite Awards. For example, Eva Longoria has a Bachelor of Science in Kinesiology, Mayim Bialik has a Doctorate in Neuroscience, Ken Jeong has a Bachelor in Medicine or Bonnie Hunt worked as an oncology nurse.

The list of medicine-related undergraduates and winners of an Academy Award is subject to be increased. Who will be the next?

Why is a medical translator essential?