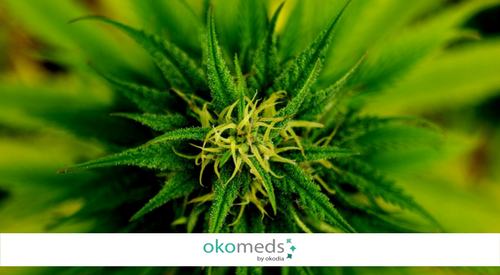 Pharmacists as Paul Mavor in Australia are studying the benefits of medical marijuana. This herb is specially indicated for patients who have no other options. However, according to him some conditions concerning the benefits of cannabis are clear, but others are still under investigation.

Alzheimer has become the third leading disease that can cause death, and numbers are expected to increase in the following years. However, there are not effective drugs for it yet. It seems, according to specialised medical translations, that coconut oil and ancient traditional Chinese and Indian herbs are helpful. But, what about using cannabis medically? The answer is that lot of human examples show that Cannabis reverses late-stage Alzheimer disease. And there are some medical studies on the subject.

A Study in Spain, carried out in 2013, showed that CB2 cannabinoid receptor agonist ameliorates Alzheimer-like phenotype in A[beta]PP/PS1 mice.

Some more studies with similar consequences have been developed in Florida, Australia and Ohio State University. The conclusion is that marijuana reduces brain inflammation and helps restoring cognitive function in rats.

As further human studies need to be carried out, Medical Translation is to have a huge job to wide-spread these new findings, not only for Alzheimer disease patients, as medical studies will probably reveal that medical cannabis could potentially help prevent long term damage or promote increased recovery time in certain types of injuries.

As Dr. Bryan Doner points out, human studies have shown the benefits of medical cannabis as a treatment option or alternative for acute and chronic pain.

We are talking about diseases as TN attacks and any other that is especially related to nerve pain.

In the US, to get the right marijuana for your disease, CBD, you need a specialised doctor’s prescription or card, and then you can get it from your Dispensary. Medical interpreters can also be very useful in both the Clinic and the dispensaries when patients have language issues.

Patients in a dispensary have been diagnosed with Crohn’s, diabetes, neuropathy, fibromyalgia… It is also used by chemo and cancer patients.

CBD is very helpful for them, as it is anti-inflammatory, anti-anxiety and anti-arthritis.

The ways medical marijuana is sold and consumed include a lot of varieties, such as: flowers, concentrate or oil, topical, tinctures and edibles.

Dr. Bryan Doner, CEO Medical Director and Co-Founder of Compassionate Certification Centers, is especially interested in cannabis medical use for concussion, post-concussion syndrome, and CTE, as current treatment options are moderate at best.

According to his research, medical marijuana could potentially offer to concussion patients a treatment option that not only can help alleviate and shorten the course of symptoms, but also prevent long-term neurological sequelae. In this sense, research in animal models has shown that certain cannabinoids as CBD can potentially be neuroprotective and neurogenerative.

By far the biggest concern for health care providers in the cannabis industry is education. And here Medical translators have a big role to play.

Physicians and healthcare providers have little or none mandated education on medical marijuana laws. The same can be said about the body’s endogenous endocannabinoid system.

In fact, not many are aware of the fact, that human body has an endogenous endocannabinoid system which involves receptors to which ligands can bind and elicit a physiological effect. As this knowledge must be spread worldwide, medical translation is required.

There is a big misconception in society about cannabis as not medical. It’s stigma might be rooted in the stoners mentality stereotype. However, cannabis has been used medicinally, in China, Egypt and other ancient cultures.

Therefore another big problem in the use of medical marijuana is the socio-political challenge.

But, who are the medical cannabis providers?

There are a few representatives of the medical cannabis industry in USA, like CCC. But the lion share is currently for the Canadian industry, especially the Canadian Seed-to-Sale Cannabis Tech Startup Trellis, launched in Toronto in 2014.

It seems that Australia will also have good products by 2019 according to Paul Mavor.

According to Doctor Bryan Doner, medical cannabis is also a promising investing field in which, doctors, industry and medical translators are needed.