5 vestiges of the human body? 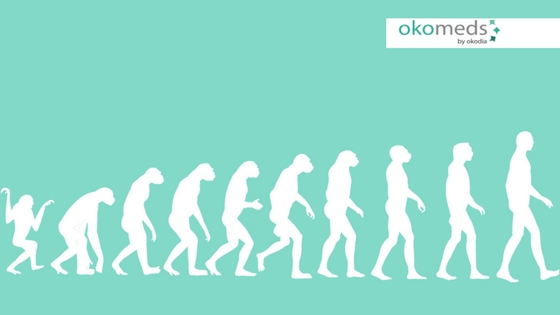 For over a century evolutionists have considered vestigial organs as proof of evolution, although there was no clue as to why they had not disappeared.

Some explanations of vestigial organs can be given on the basis of evolutions, but also as vestiges of Embryology, Sexual Dimorphism or Homology.

What is a vestige?

Medical translation has a role on using the most accurate words. Vestige is defined as a mark or a visible trace left by something. In the case of vestigial organs, a mark left by evolution.

It is known, due to the work of scientists and medical translators, that Darwin’s list of useless organs was periodically expanded to reach nearly a hundred organs that seemed to be no useful for humans. However, there is no absolute certainty that the so claimed vestiges of the human body are really useless. That is, we cannot tell if an organ declared to have no functions is really a functionless organ or its functions are simply unknown to us at the moment. Can we?

Now, many of the former listed organs are known to serve different functions than the ancient ones.

Human vestiges that you have on your body?

The so called vestigial organs do not only exist in humans, add veterinary translators. Did you know that whales have vestigial pelvic bones, as probably their ancestors walked?

Here we analyse on the basis of the work of medical translators, the different theories concerning 5 of the most well-known vestigial human organs examples.

They are vestigial third molars.

There are some theories explaining why humans have these vestiges. One of them is that evolution made jaws smaller, probably due to a change in diet and wisdom teeth had not enough space to grow. Dental Hygiene is also probably responsible – as centuries ago, humans used to lose many teeth, but wisdom teeth remained and they were very useful for eating.

On the other hand, wisdom teeth are not equally present in all human beings. Big differences in agenesis are related to gene PAX9, among others. And when there is adequate room for their development, they are fully functional molars.

It has been one of the primal examples of human vestigial organs.

Some theories consider that this vestige used to aid digestion serving as the junction of the small intestine, but also to storehouse beneficial bacteria.

The appendix has not a vital function. You probably have had an inflammation of appendix, so the appendicitis surgery has been needed for removing this vestigial organ and there is no health issue when taking away this part of your body.

But, on the other hand, the vermiform appendix is widely present and adopts important differences in size and shape (perhaps for a reason). In humans its size is similar to that of a rabbit. Recent research, accordng to medical translators, considers that the appendix has the ability to protect good bacteria in the gut. It is an organ with a high blood supply that is suspected to be part of the immunological system.

But, does it reveal an evolutionary pattern? Birds, reptiles, amphibians or invertebrates, have no appendix. Nor have ruminants, horses, dogs, cats or monkeys. It is however present in humans and anthropoid apes, as well as rabbits and some marsupials.Therefore, the presence or absence of an appendix does not seem to reveals an evolutionary pattern.

They are not vital organs. They aim or aimed an immune response in order to defense the body against ingested or inhaled pathogens? Opinions differ.

Nowadays, some say this vestige has a tendency to become dangerously infected and inflamed. So, it is currently dispensable. Others consider tonsils playing an immunological role much like that of the adenoids (also once considered to be vestigial).

Why men have nipples if they not breed feast? Early in the womb, fetus has not decided the gender and might go in both directions. In fact, it starts out female due to the absence of a fetal Y-chromosome; and when deciding a male gender, male nipples have been already started forming on the sixth week of gestation.

But, does this explanation reveal evolution or vestigial mammary glands in males can only be understood as vestiges of embryology?

Here are other facts pointed out by phisicians and medical translators. At the time of birth male and female mammary glands are identic and they even secret witches milk as a result of mother`s hormones. And, female nonlactating mammary glands are not fully developed.

It is a vestige of a lost tail.

A very long time ago, human ancestors had a tail for balance. But, when humans started walking, tailbone was no more needed to balance movement and evolution converted it in a group of four or five fused vertebrae – which currently are one of the most representative vestiges of the human body for some authors. Tailbone is also known as coccyx.

Some other facts on the subject that benefit from medical translation are that in the sixth week of gestation, the human embryo possesses a tail that disappears afterwards and there are records of human infants born with a vestigial tail, normally associated with spina bifida.

The coccyx currently has secondary functions that could explain why it has not disappeared. The coccyx and the attached pelvic diaphragm support all the organs in human abdominal and pelvic cavities.

There are a lot of other organs and even behaviors that are or have been considered as vestigial, point out research medical translators.

The vomeronasal organ, which in some animals is part of a separate second sense of smell; the plica semilunaris, which is a fold of conjunctiva at the inner corner of the human eye which has been considered a vestige of the nictitating membrane; The auricular muscles, as humans do not usually wiggle their ears as animals do; and a lot more.

Reading about the different theories is at least very curious and it raises many questions but, evolution is a fact.

Therefore, in thousands of years from now on, will future humans be aware of some other vestiges of the human body corresponding to currently needed parts of our body? That is a mystery… But if they are it wll be thanks to the work os phisicians, medical researchers and medical translators.

6 exotic diseases that are closer than you may think