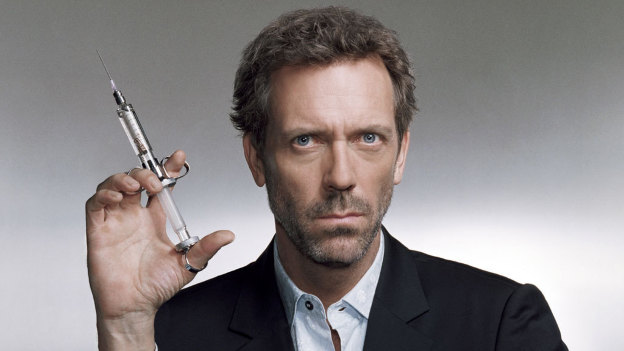 Doctor Gregory House’s famous TV show plays a curious anecdote in one of its episodes. For being more precise, in that one named Fidelity (season 1, episode 7), it is shown that speaking foreign languages is always a plus. Note that Doctor House character is a polyglot who speaks fluently English, Spanish, Portuguese, Russian, Hindi and Mandarin (but also English, his mother tongue). But, what is the relation between learning foreign languages, the medical field and a TV show?

In that episode, the medical team faces Elise Snow’s scenario, a girl suffering from hypersomnia, fever and irritability. But nobody knows what her disease is. After the usual gags and fails of the storyline, the medical staff has only two options left. The team – Chase, Cameron and Foreman – considers tularaemia, an infectious disease caused by a bacterium; but House is the only one defending African trypanosomiasis, a Sexual Transmission Disease.

Is Doctor House better at languages than you?
Tweet!

The woman is married and has never being abroad, but House thinks an extramarital affair with someone that has been to Africa infected her. But, where is the trick with languages? At the end of the episode, doctor House ironically says: “You don’t read Portuguese?”, as there was only one precedent of such sleeping sickness. It exists a published document, written in Portuguese by some Portuguese medical professionals – and which House supposedly read – that explains the contagion. So, that shows the importance of languages for having a better medical knowledge.

The scripts of this TV show – for fiction plots – are often based on real scenarios. But if you do a research on PubliMed, you will find another anecdote. Such article really exists and it was published by a Portuguese Medical Institute (Instituto de Higiene e Medicina Tropical [Institute of Hygiene and Tropical Medicine] of Lisbon) and by some Portuguese researchers… But it was published in English! Not in Portuguese.

To sum up, this curious situation evidences the importance of English all over the world and the translation field. They both are needed for a better medical knowledge, which may help you when less expected. Even in a fictional scenario with traces of reality. So, are you eager to learn new languages and translate different documents?

ABC of the medical classical etymology