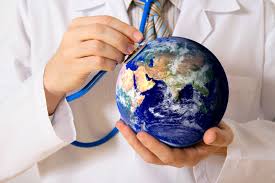 13 May 5 secrets about medical tourism in Europe

Medical tourism means traveling abroad with a clear aim: obtaining a medical treatment in such country. People trust medical tourism because of different reasons, the most common ones are the followings: a more competitive pricing, a wider medical offer, and a more developed and quality medicine in comparison with their home country. So, medical tourism in Europe is a key market that attracts thousands of worldwide patients and here are some unknown data concerning this kind of tourism.

Just for getting a clear example, a dental implant costs over $4000 in the USA, but around $800 in Poland. So, it is understandable that these enormous difference attracts many US citizens to some European countries for medical tourism.

Spa and wellness treatments are the most demanded ones, specially in Hungary due to its tradition and its numerous thermal springs. Regarding more serious procedures, orthopaedic surgery, prostate cancer treatments, and heart transplants are the base of medical tourism in Europe.

Hungary, Belgium, Poland, Spain and Czech Republic are the top 5 destinations for medical tourism in Europe. Those data also confirm that, presently, Central Europe is the biggest emerging market.

European citizens travel all around the continent looking for the most suitable medical offer and, among them, UK nationals are the most attracted ones – UK is an expensive country in comparison with the Central or Western ones. Additionally, many US and Canadian citizens annually cross the pond for medical tourism purposes.

Decades ago, Europe did not appear on the worldwide map of top medical tourism destinations, but it currently does. Europe has become a prime destination because of 3 key factors:

– The EU investment in healthcare have raised the services and infrastructures of the Central and Western Europe countries, which means a higher quality but not a rising in pricing.

– In the last years, other top countries – as Mexico, Brazil and Costa Rica – have increased their prices due to high demand. So now, many American citizens travel to Europe looking for cheaper rates.

– Additionally, the proximity and less cultural shock (some added values), have made Europe a more attractive medical tourism destination instead of other top ones as India or China.

Why a medical interpreter is so important in any healthcare centre?