These are the most useful languages in medicine 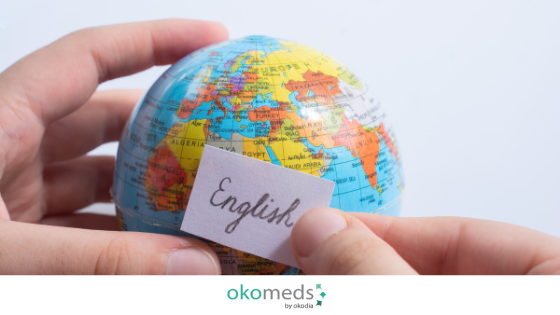 27 May These are the most useful languages in medicine

As the old saying goes, health is wealth. This alone highlights the importance of health. Doctors play a vital role in our lives. Regardless of age, sexual orientation, faith or cultural background, doctors have a role to play as we grow old. Chances are, when you were born, a doctor was there to attend to the whole process and a doctor’s influence starts way before you were born.

Every time we think something is wrong with our body, we consult a doctor. Most of the time, a doctor may prescribe medicine or advise you to go to hospital for a few days, depending on the seriousness of your condition.

There are cases when a patient does not understand the language spoken by the doctor or the other way around. This is especially true with tourists and foreign nationals. While it is not a doctor’s job to learn several languages, they have sworn an oath to provide medical services to everyone.

English is one of the most widely spoken languages in the world. It is second only to Mandarin in terms of the number of speakers. English is also the language of business and industry. As thousands of industries do business with one another around the globe, you can always find one unifying factor: the way these businesses communicate, which most of the time is in English.

If you are living in the Western Hemisphere, there is a good chance that you will come across patients speaking English.  English is also considered as the second language of many countries.

The growing popularity of the Internet has also sparked a new industry, online clinics and websites that provide health advice. It is important to note that most of these websites are in English. Online doctors also use English as their primary mode of communication.

In less than two decades, China has been able to quickly grow its economy and is now the world’s second-largest economy. In terms of consumers, China is the world’s biggest market. This applies to demand in the medical industry as well. As the Chinese middle class continues to seek better healthcare, they are also turning their attention towards other potential medicine markets.

Tips for getting a high quality medical translation

Things to know about medical interpreting in hospitals