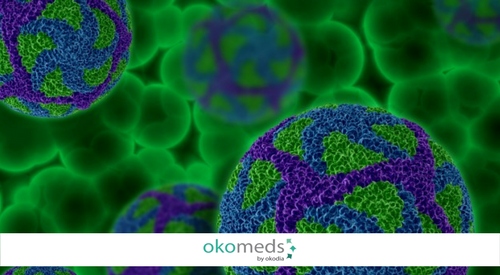 Have you ever noticed how many diets are there that exclude food components from the daily meals. They are called “free … diet” and they are supposed to be good for our health. Some examples include the gluten-free diets or the lactose-free diets (specialists say that statistics only show that about 65 % of the world population has a reduced ability to digest lactose after infancy, with considerable variance across the globe. This data according to medical translators’ work on the subject cannot support that a lactose-free diet is better for human health). But, are they really good for our health?

Well, in general terms, recent discoveries related to gut microbiota that are linked to previous researches, theories and works by the Nobel prize winning nutritionist and microbiologist Iliá Méchnikov (1908) in which medical translators played an important role, show that any restriction diet has down sides, because they withdraw important components from the diet that are important for gut health and gut microbiota.

For example in a gluten-free diet, fiber and fermentable foods that are important for your gut health are withdrawn. So, if the diet is not complemented properly, it might impact bowel movements and health. As a consequence, as recent papers, doctors and medical translators point out, one could get constipated or there can be a change the nature of gut microbiome balance.

Is human gut (or gut microbiota) a second brain?
Tweet!

Doctor Elena Verdú was clear on this argument in her intervention in the last Gut Microbiota for Health World Summit. It is very important to have a medical diagnosis before starting any restrictive diet, the medical translator highlined.

Nowadays, celiac disease can be ruled out simply by a blood test or with a biopsy or a combination of the two. So, for not celiac, a gluten free-diet is probably not going to be the healthiest option.

Although in the future it will be probably possible to modulate human microbiome with probiotics to improve health and prevent disease, medical translator manifests according to the doctor’s speech, even taking into account that each person has a specific one, this is not currently possible.

Therefore, for now, it is better just to take grandma’s advice and avoid dietary interventions when they are not needed. In medical translators’ words, eat a balanced and diversified diet.

Although one third of people suffer from gut-related symptoms, food intolerances, immune reactions to food components and true sensitivities are quite difficult to understand in terms of evidence-based medicine. That is to say, medical translator simplifies, in most of the cases, there is not a clear specific trigger linked to a mechanism and to a specific symptom. Thus, the exclusion of a specific food component does not mean that the patient will be healthier.

On top of that, following Iliá Méchnikov and Ruairi Robertson’s work, medical translators explain that gut microbiota can be considered an invisible organ of human body, about the same weight as human brains. In fact 90 % of the cells in a human body are bacteria and only 10% are really human.

The importance of gut microbiota, according to recent findings and medical translators, seems to have been widely underestimated and abused for more than a century, with antibiotics…. Gut bacteria digest certain foods, produce certain vitamins and hormones, respond to medicine and infection, and control blood sugar and cholesterol levels. They can also control the risk of certain diseases. They are in involved in about every process in human body. And surprisingly, one could say that they function almost as a second brain.

Is human gut (or gut microbiota) a second brain?

Guts have 100 million neurons. Microbiota is a central point of our immune system. Most neurotransmitters, like serotonin, are not also produced in human gut, but it produces 90 % of them.

As medical translators following nutritionists’ experiments with animals, we have to transmit that gut colonization by a certain bacteria produces crucial effects on behavior. Therefore, bacteria inside human body may control the way humans think and behave.

The vagus nerve links human brain to intestines and sends signals in both ways. However human intestines, as medical translator’s work with restrictive diets and gut microbiota specialists points out, can continue to function fully without a connection to the brain, suggesting that they have mind of their own. Talk about gut feelings or butterflies in your stomach!

Medical jargon and medical translators, balance between simplicity and accuracy