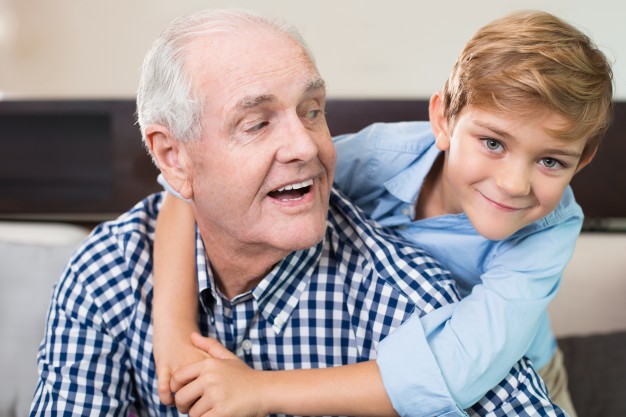 As we celebrated the Purple day this week, we are dedicating this post to epilepsy. It is important to raise concern of this disease among the population. And here, the medical translation and medical pamphlets, as part of communication, have an important role to play.

Seizures are a sign showing there is a problem in the brain. They are sudden, uncontrolled changes in brain activity. Most of them cause a loss of awareness or a blackout and shaking of the body. They are not very long in time and when a person has recurrent seizures, the disease is called epilepsy.

However, epilepsy probabilities are not the same at any age.

Epilepsy and the elderly

Statistics show that epilepsy is most common among the elderly. So we find here not only a medical but also a social issue. Globalization and the increase of the number of old people living in warm countries, as Spain or Greece, implies the need to raise awareness, as well as to print and distribute medical pamphlets and their translation, not only to the official languages in any territory, but to those of the elderly residents.

Of course, epilepsy affects people of all ages, but it is more frequent in children and in old people, after 70 years old. However, the probability of epilepsy doubles in the old age compared to children. And it triples from 80 years old onwards.

This does not mean that any person over 70 years old will develop this nervous system disorder, but taken into account the sudden manifestations, it is important to be aware of this illness and even get some first aid training.

Therefore, medical translators around the globe contribute to this goal translating medical pamphlets and medical interpreters even take some first aid training on epilepsy and seizures.

Did you know that in 25% of cases, causes of epilepsy are unknown?
Tweet!

Causes of epilepsy in the third age

As part of the information to be shared in the medical pamphlets and their medical translations, causes of epilepsy in the third age are a must.

Elderly people, who had episodes of epilepsy in their youth, may be able to experience them again. But this does not always happen.

It is also possible that causes of epilepsy are linked to some other condition, disorder or health problem. For example:

– Vascular problems of the brain, such as an embolism or hemorrhage, can be a cause of epilepsy.

– More than 10 % of epilepsies in people of old age are caused by brain tumors.

– Or ever the existence of a scar in the brain, if the person was previously submitted to brain surgery.

– Alzheimer or other diseases that affect the brain can also be the cause of epilepsy.

– Secondary brain injuries, such as cranial injuries caused by a fall.

But it is also possible that the causes are not directly related to the brain or the nervous system, but to cardiac problems, which can produce insufficient brain flow, alcoholism, hypertension, diabetes, and kidney or liver disorders.

An adequate explanation of the disease and its types should also be included in the medical pamphlets as a means to better identify the illness when coming across it.

It is a brain disease characterized by episodes of involuntary convulsions that appear suddenly. They tend to be short-lived and affect the whole body or part of it. Blackouts may occur.

Seizures are generated by neurons that produce electrical discharges without control. This could happen in all the brain or in part of it. This difference produces two types of epileptic seizures.

Here are both types.

They take place when neuronal discharges affect all the brain. In these cases, there is no consciousness.

There are different types ranging from the so-called absence seizures.

The tonic crisis, characterized by the rigidity of the muscles;

The atonic crisis, characterized by the flaccidity of the muscles, causing the fall to the ground; and

The tonic-clonic crisis, characterized by alternative rigidity and rhythmic shaking of the whole body.

In this case the seizure starts in a specific area of ​​the brain.

Treatment and quality of life

It is important to point out that seizures in the old age can bring the dreaded falls or fractures.

However, the aim of these medical pamphlets and their medical translations is not to frighten the population, but to give them tools to better react in the moment when it is needed. Therefore, it is also important to explain that treatment is usually similar to that of epilepsy in other age groups, although the doses are usually lower and it is important to consider possible interactions with other medications.

Quality of life after diagnosis does not have to be affected in general terms. With the right medical information, such as medical pamphlets and their medical translations, and the right medication, crises can be kept controlled.